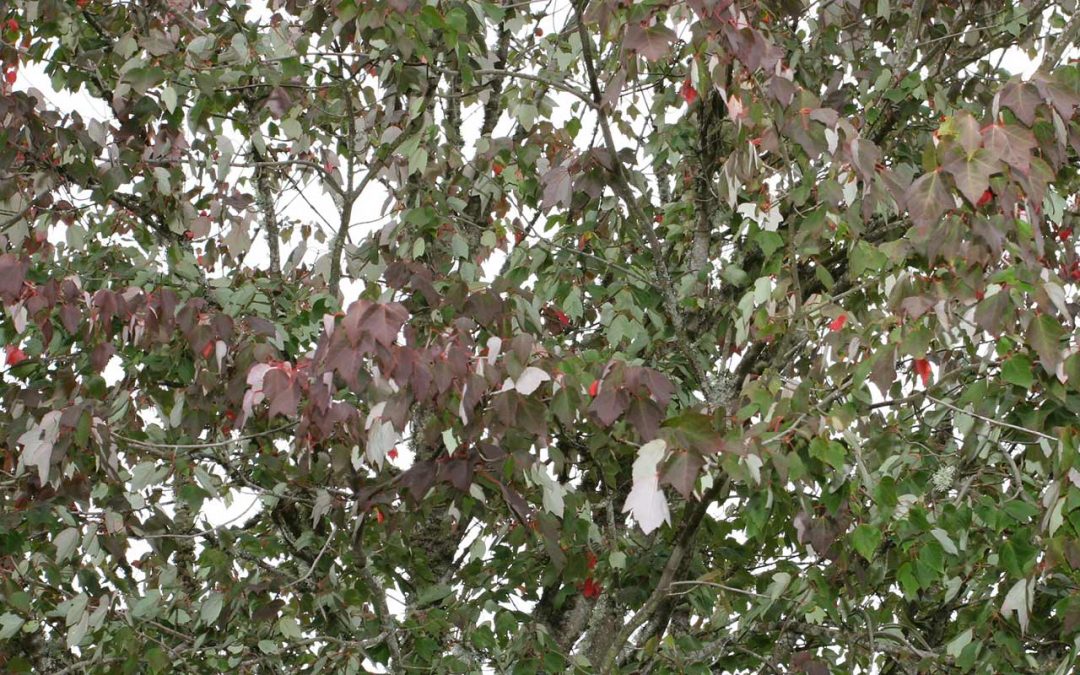 Last year we all suffered through a hot, dry summer and it looks like Portland and the Willamette Valley will have a similar weather pattern again this year.

While we can put air conditioning in our homes and stay out of the sun in an attempt to keep cool, it’s not the same for the trees, plants and shrubs in your yard.

We want to share some information from Brad Withrow-Robinson, a Forestry & Natural Resources Extension agent in Oregon so here’s a summary of an article he recently wrote concerning the effects of drought in our area.

Signs of the drought can be seen throughout the Willamette Valley in the many young dead Conifer trees and that damage is likely to continue this year as we go into another abnormally hot dry summer in the Pacific Northwest.

Yes, and no.  While we will experience some of the same symptoms as last year, they will be compounded by the extended dry weather. So while mostly individual trees suffered last year, this year it’s expected that there will be more damage to stands and to older and/or larger Douglas fir trees.

An ongoing drought also worsens other problems which may be present but aren’t always readily apparent, such as existing root disease, crowded stands and wet or shallow soils.  When added together, all these things can spell trouble for many trees.

Is damage from drought evident right away?

No.  In fact, many trees affected by drought will not show damage until the next year when they come out of dormancy in the spring and start growing again.  Even though we had a wet winter, consequences from the drought can be felt for years mainly because drought can affect a tree’s whole plumbing structure, which influences the growth and health of the tree from that point onward.

INSECTS AND DISEASE ARE A GROWING THREAT DURING DROUGHT

A drought has lasting results on the environment though the severity and length of the drought will dictate how harsh they will be.  Insects and disease organisms are always waiting to attack stressed or damaged trees, plants and shrubs so the longer the drought goes on, the more victims they will have.  The good news is that some, such as Douglas-fir cankers and twig weevils do not usually go after or kill healthy trees.

Larger Douglas fir trees that are drought damaged can be a breeding ground for bark beetles so if conditions are right, there could be an explosion in their numbers.  In this situation, there may be so many of them that they could overwhelm the defenses of even the healthier trees in the stand.  This is a possibility and something that will be monitored this summer.

The drought is causing concerns for other conifer species too.  For example, some outbreaks of the California five-spine Ips (a small but destructive beetle) have been spotted on the Valley ponderosa pine.  Ips can increase in numbers rapidly as they reproduce several times a year when trees are stressed and the conditions are right for breeding.

Another factor that aids in their destruction is that trees only need to be 3 inches or more in diameter for them to attack the wood whereas the Douglas fir bark beetle prefers larger trees.  This means that even the youngest of trees are inviting to the Ips.  To help control the Ips, it’s necessary to clean out dead and dying trees which are 3” or greater so they cannot continue to feed on them.

HOW CAN YOU HELP TREES AND SHRUBS IN YOUR YARD?

The number 1 way for to protect your trees, plants and shrubs is to make sure they are healthy as just like humans, they are better able to withstand attacks from insects and disease if they are in good health.  General Tree Service offers Plant Health Care services to make sure all trees, plants and shrubs in your landscaped areas are in good shape so they can survive the upcoming hot dry summer in Portland.