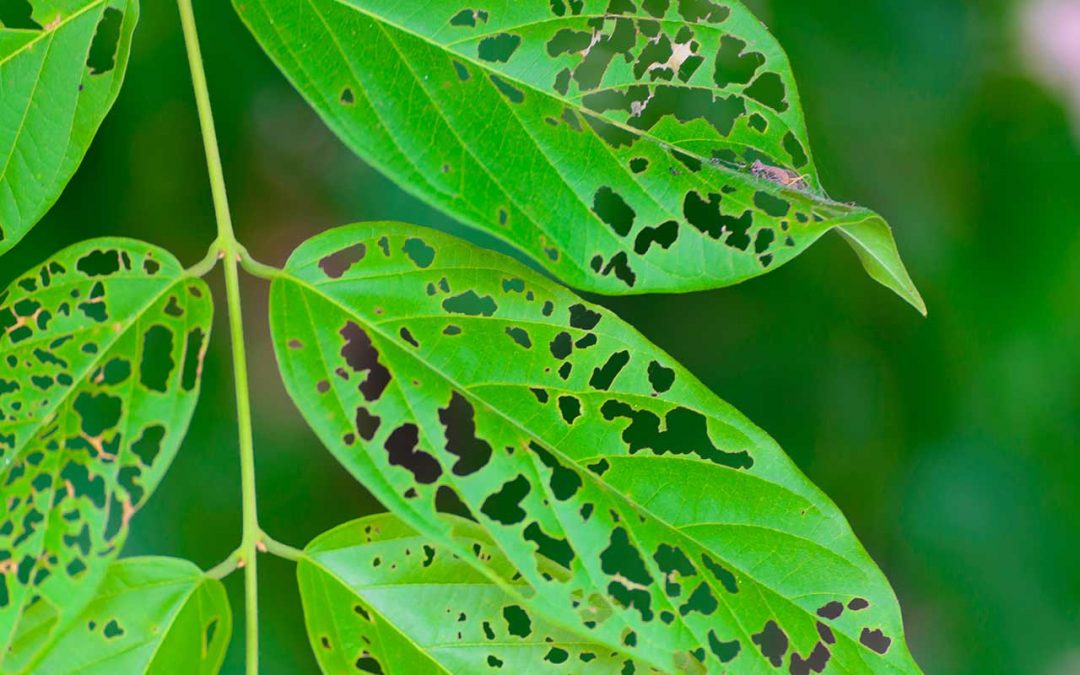 The Japanese beetle has been in the U.S. since 1916 and has slowly spread throughout all the states east of the Mississippi River except for Florida and Louisiana.

Over the last 30 years, it’s been detected in various parts of Oregon but the Oregon Department of Agriculture (ODA) has been able to eradicate it every time.

Recently, the ODA has been studying and tracking the Japanese beetle in the Cedar Mills area (NW Portland) and has implemented a plan for eradication.

The ODA considers the Japanese Beetle to be a serious threat to Oregon.  Its destructive behavior makes it a major pest of specialty crops and ornamental plants.

The adults feed on over 300 species of ornamental and agricultural plants, which can cause severe damage to nurseries, orchards, field crops, gardens, wineries and plants in your landscaping.

WHAT KIND OF DAMAGE DO THEY CAUSE?

Adults eat a large variety of leaves, flowers, berries and fruit.  When eating leaves, they chew the tissue between the veins (known as skeletonizing) and often start by eating the upper canopy of a tree first.

Trees with lots of feeding damage usually turn brown and become partially defoliated making them more susceptible to disease and stress so it’s no surprise they have a higher death rate.

Even the larva (grubs) cause devastation by eating the roots of turf grass along with the roots of garden and field crops, like corn, tomatoes and strawberries.

In fact, the Japanese beetle is thought to be the single most important turf grass pest in the entire U.S.  It’s also fair to say that it’s a big threat to landscaping and gardens in residential areas.

Even though adult beetles only live 1 to 1 ½ months on average, they can eat a lot in that time and feast on many of Oregon’s favorite plants.  While a single beetle doesn’t eat much, they usually feed in groups and group feeding is when damage occurs.

In addition, grubs eat the roots of turf grass and ornamental plants so you can see they are destructive throughout their short life.

While it may seem like they eat anything, there are plants and trees they don’t like so homeowners may think about planting some of these.

A bigger concern is that when plants and trees are defoliated, they not only lose their leaves but their ability to photosynthesize.  Without photosynthesis, vital eco-system services like purifying air, sustaining water quality near streams and rivers and moderating extreme temperatures (shading) are affected.

The Earth’s eco-system is a balancing act of sorts and events like this can result in wildlife habitats being damaged or destroyed and its biodiversity being affected, usually for the worse.